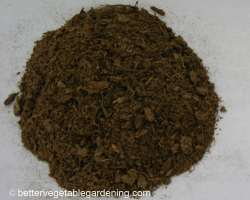 Sphagnum peat is composed of partially decomposed residues of plants of the sphagnum moss species.

Sphagnum peat is the least decomposed of the general categories of peat, it is very acidic, pH around 4.0, yellow to light brown in color and is the most important type of peat for horticultural use. Especially useful in potting mixes because it is a very stable organic material that can hold a great deal of water and air and does not decompose quickly.

A potting mix containing sphagnum peat moss is one of the finest for growing seedling. The most important aspect of seed raising is providing favorable conditions for fast healthy root growth of the young seedling. 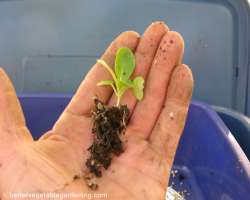 A good potting mix needs to be:

A mix of sphagnum peat and perlite or vermiculite provides all these.

Out in the garden sphagnum peat is used as a soil amendment for lighter soils giving bulk and substance as well as helping with water retention. While sphagnum peat is very acidic it would take a large quantity to effect the soil pH. 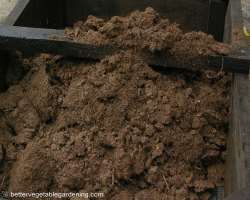 Sphagnum peat is commonly purchased in 2 cubic foot bales. Some grades are screened finer than others. This bale needs to be screened for use in potting mixes but is fine to use in the garden as it is.

Sphagnum moss grows in bogs and is the plant from which sphagnum peat is derived. Sphagnum moss is not usually used as a soil amendment.

Sphagnum moss is harvested and dried, it has several uses in horticulture: 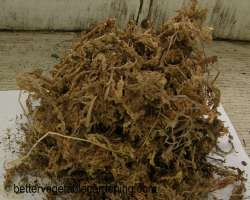 It is often seen as decoration in potted plants. It is also used in some rooting operations like air-layering. The most common use of sphagnum moss is probably in lining wire baskets and other types of containers for potted plants.

Although usually more expensive to buy, milled sphagnum moss is ground moss that can be used in similar application to sphagnum peat. Like sphagnum peat it is great for starting seeds, it too has the ability to inhibit certain seedling diseases like damping-off. Because like sphagnum peat it contains no nutrients it is essential to add fertilizer once the seeds have germinated.

Although this page is primarily concerned with sphagnum peat for use in potting mixes it is handy to know some of the other types of peat that are available and their usefulness in potting mixes.

Is composed mainly of stems and leaves from various Hypnum moss species. It has greater texture variation and is more decomposed than sphagnum peat.

Instead of being made from mosses, reed-sedge peat is composed from a variety of plant materials, mainly stalks, leaves, rhizomes, and roots of reeds, sedge, grasses and cattails that grow in marshes and other water-bogged areas. It is brown to black in color and although it can be obtained in different degrees of decomposition, it is usually more decomposed than Sphagnum peat but also is less acidic. Because it has a finer texture its water and air holding capacity is lower than that of Sphagnum peat and not really suitable for seed raising or general container use.

This type of peat is fully decomposed, so much so that none of the original plants can be identified. It is usually a darker color and finer texture than peat moss. Humus is usually too decomposed to provide the necessary structural and water drainage characteristics for potting mixes.

While sphagnum moss peat is an excellent ingredient for potting mixes there are serious concerns about the environmental impact of  peat farming.

Follow this link for an alternative ingredient from a totally renewable source that is comparable in potting mixes and general garden use Coconut coir fiber.