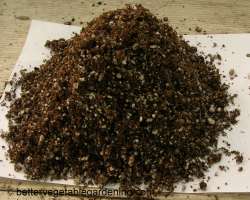 Growing mediums, like compost, wood products, leaf mold and similar ingredients are not soil but are also not sterile. If your aim is to provide a safe environment for seed raising then the type of potting mix you use is important. 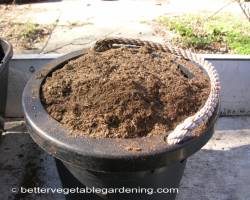 Sphagnum moss peat was used as a base in the original soil-less potting mixes. 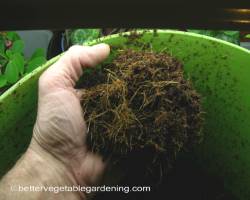 Or more recently coconut coir fiber. These are used instead of soil as a substitute for growing plants in any contained environment.


Soil or garden loam comes with a range of problems and are the main reason why over fifty years ago these potting mediums were developed. Young plants, especially seeds and young seedling, that are confined in seed cells and pots are particularly vulnerable to many of these problems.

The boundaries between a soilless mix and a sterile soilless mix are commonly crossed without any thought to what is being done. However exploring alternative methods and materials is part of the enjoyment of gardening and different potting mix recipes is no exception.

For those new to seed raising the safer approach is to use traditional sterile soilless potting medium or at least use them for a portion of the seedlings being raised while experimenting with alternative ingredients. With the proper care either method will produce the desired results. Follow this link for making your own sterile homemade potting soil

It is not a simple job buying a bag of potting mix. It can be confusing with so many different types and labeling used. Unfortunately very few potting mix labels will contain the words "soilless" or even "soil less" making the job harder.

The best advice is to properly read and assess the label or list of contents. Now that you have read the potting mix ingredients. page you are much more prepared.

You cant talk about soilless mixes without including some of the many pre made seed starting pellets and blocks.

These pre-made compressed seed starting pellets are independently wrapped to retain the soil making them easily moved around without disturbing the seedling. 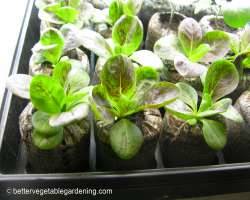 Growing seedlings using sphagnum peat pellets are an excellent way for a novice or someone with limited time and space to raise their own seedlings. 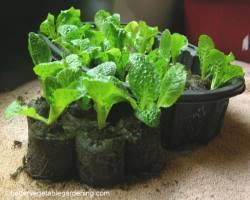 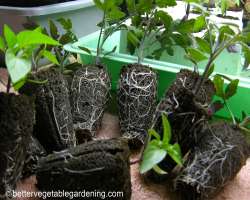 A bio sponge is plug of sterile medium with a hole in top made for germinating one seed, there are a number of different sizes