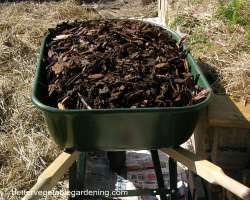 Pine Bark Mulch On Paths Will Keep Them Dry, Weed Free And Tidy

Both softwood bark and hardwood bark are high in carbon and require plenty of both nitrogen and time to properly decompose making then excellent for keeping paths and non growing areas weed free over a long period of time.

Pine bark is screened to different sizes, from large chunks to fine almost sawdust size and it all depends on the intended use as to which is best. Heavy rain can wash larger chunks away while finer grade pine bark tends more to staying in place. Continuous walking on bark mulch however will break them down and reduce the washing away effect. 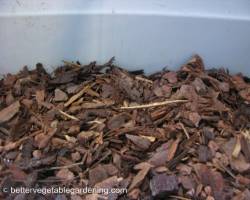 In the barrow is what you will commonly get when purchasing a bag of pine bark nuggets. While local in supply and not screened for size a more economical way to acquire this product is by the truck or trailer load. 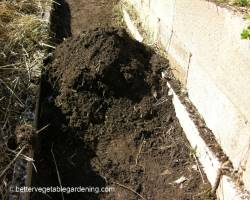 This pile of decomposed pine bark is the result of being used as pathway in-between vegetable garden beds for about 18 months, weathering and constant walking on has broken the bark down to a point where it is a good addition to the garden. 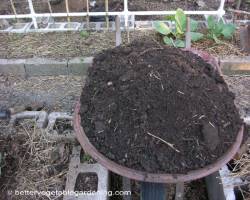 While it is not as good as properly prepared compost.  This is an easy way to turn a mulch that’s not suitable for the veggie garden in its raw state into valuable organic material. 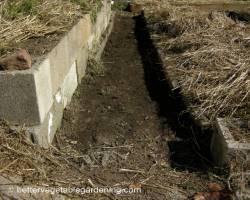 Pine bark is an economical mulch for garden paths and other areas around the vegetable garden. The most common pine mulch products are pine bark nuggets, these are large two to three inch pieces of pine bark that are often sold in bags. Preparation for using pine bark as mulching for paths should start with getting rid of any weeds to begin with. 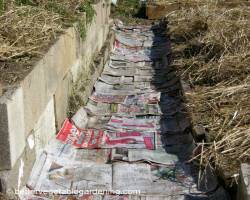 While pine bark also inhibits weed growth the addition of a weed smothers layer of thickly spread newspapers not only helps to ensure weeds don't invade your path. They also adds more organic material that can be harvested when the path begins to breakdown. 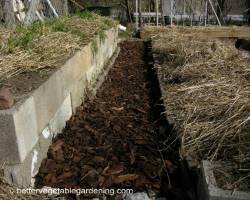 The benefit of pine bark as pathway mulch is that they break down very slowly. They inhibit weed growth, keep walk ways dry and accessible at all times. Mulched paths are attractive and give a nice clean appearance to the vegetable garden.