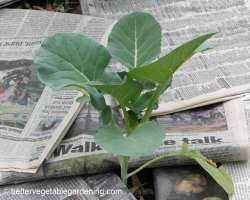 In the list of mulch materials for in and around your vegetable garden,  paper and cardboard rank pretty close to the top of the list.

When using either of these materials for compost they need to be shredded other-wise they will compress and stifle the heap. However when mulching the vegetable garden this weed smothering effect is exactly what we want in a mulch.

Old newspapers are probably the most abundant of the paper products that can be accessed by most gardeners and are usually free for the asking. 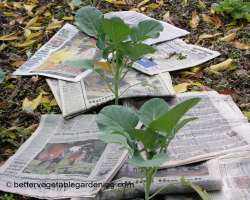 Give the area a thorough soaking before putting them down and keep them moist throughout the summer.  This will help to keep the mulch material in place and stifle weed growth for a good part of the season. 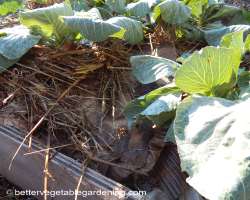 Cardboard is another good mulch although it is a little harder to apply and keep in place. Once winter comes the mulch should be partly decomposed and  becomes less of a problem. 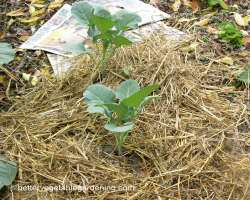 If you don't like the sight of newspapers or cardboard in your garden then you can cover them with a prettier mulch. Straw is one of my favorites. By using a thick layer of a free mulch source like newspapers underneath a bale of straw can be stretched even further. 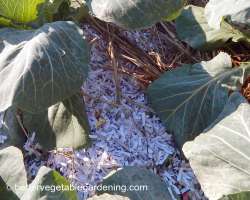 Don’t let any source of organic mulch be wasted. Shredded paper also makes an excellent mulch. It is easy to apply because, similar to leaves, it spreads where you want it. 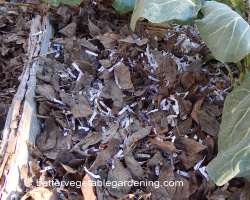 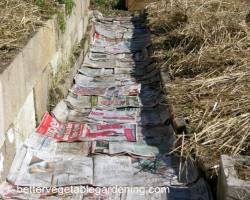 Newspapers make an excellent organic weed barrier for paths and waste areas. Lay down a thick layer over an area that has been weeded using whole sections and overlapping. 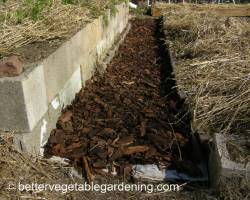 Then layer the mulch of choice over top. Pine bark has been used here but a better covering is hardwood bark mulch. It packs tighter and doesn't move as much as pine bark.

Paper product mulches are excellent worm food. You will find more than a little extra worm activity when using this type of mulch in the garden. 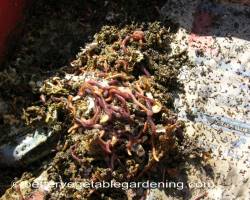 It is also good for your worm compost bin.