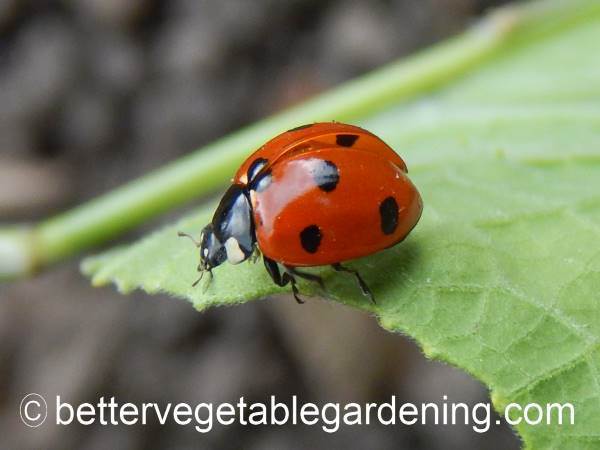 Often referred to as lady beetles or ladybugs in North America, and ladybirds in Britain and other parts of the world the majority of coccinellid species are considered garden friendly insects.

While there are over 6,000 species described, we are more interested in the common ones that can be found in the home vegetable garden.

Both beetle larvae and adults are voracious predators of aphids and other plant eating insects. Which is really great for gardeners who are looking for alternatives to using poisonous sprays in the home vegetable garden. 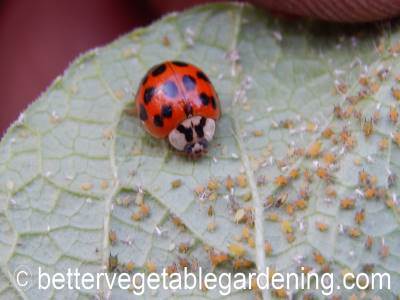 They are particularly valuable in biological control and are best known as predators of soft-bodied pests.

They are commonly yellow, orange, or red with small black spots on their wing covers that  can vary greatly in both color and spot patterns. They nearly all have black legs, heads and antennae. 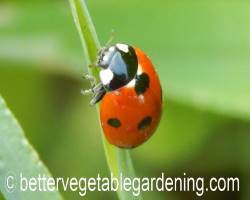 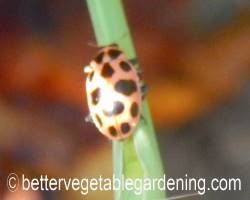 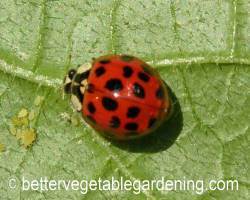 Asian lady beetle, also known as the Japanese ladybird or the Harlequin ladybird. 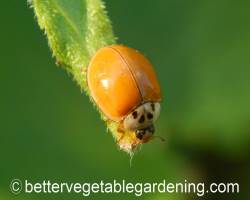 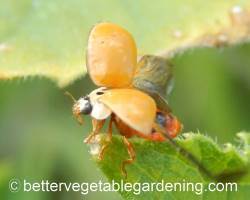 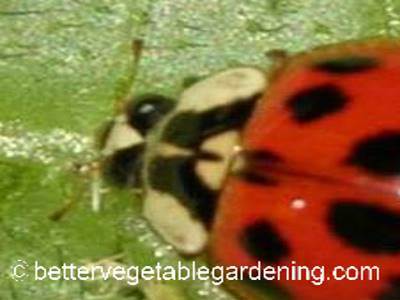 This species can be distinguished by a dark coloration in the shape of an M or W, depending on from which direction you are looking, on the part between head and the base of wings.

The Life Cycle of a Ladybird Beetle. ... The ladybird goes through the same four stages,   the egg stage, the larvae stage, the pupa stage, and the adult  stage.

The eggs are tiny, bright yellow-orange and spindle-shaped. Female ladybugs lay their eggs on the underside of leaves to protect them from the weather as well as being seen by flying predators, usually in clusters of 10-30 eggs. 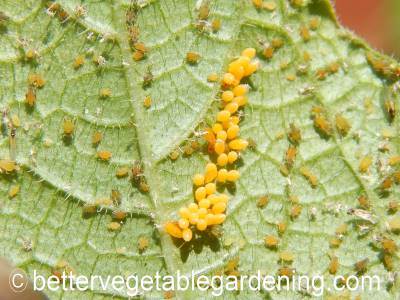 They lay their eggs directly in among  the colonies of their intended prey in order to ensure their larvae have an immediate food source available upon hatching.

There is no time to waste for these newly hatched ladybird larvae. 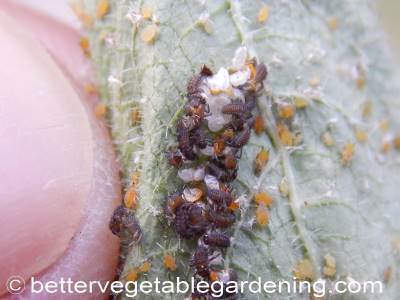 Aphids are awaiting, let the games begin. If you hate aphids as much as this gardener you will agree, revenge is sweet.

The Larvae look completely different from adults, the newborn larvae look more like tiny alligators. Usually they are dark colored with orange or yellow markings and have 3 prominent pairs of legs. 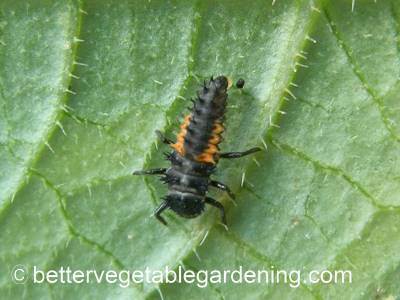 This Asian ladybird larvae is heading for a meal of aphids on this cucumber leaf. 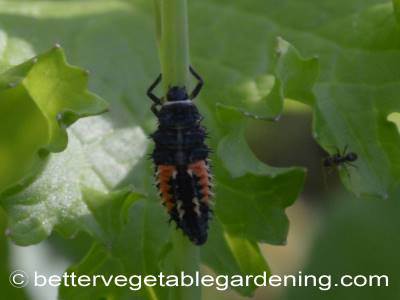 As a size comparison the ant on the right is small and knowing what relentless predators  the ladybird larvae is this ant will keep his distance.

In a few days, the larvae will be large enough to begin molting. They will continue to shed their skin for as long as they keep growing. 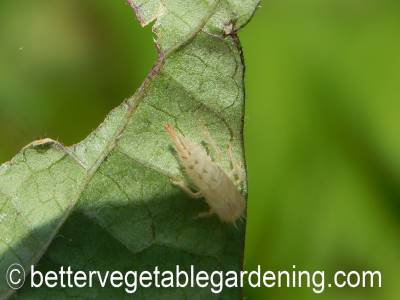 If you check your garden you will find the molted skins of the ladybird larvae without too much trouble.

Larvae enter the pupal stage when they reach a certain weight and attaches itself to a leaf surface to pupate. 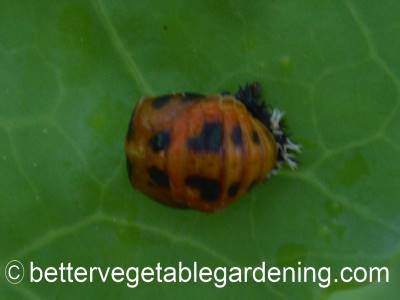 After 10-14 days, the larvae will start to change into something that looks kind of like  a shrimp. It is during this  pupa stage, the larvae are going through a metamorphosis into a ladybird Beetle.

When the metamorphosis is complete, the skin of the larvae will split open and the full grown ladybird will emerge to start the cycle again. 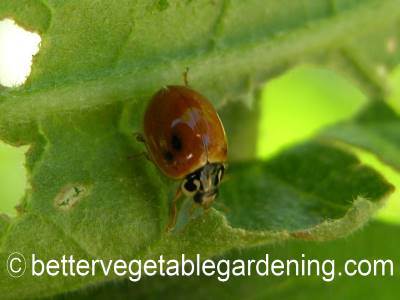 The life span of most ladybirds is on average 1-2 years. 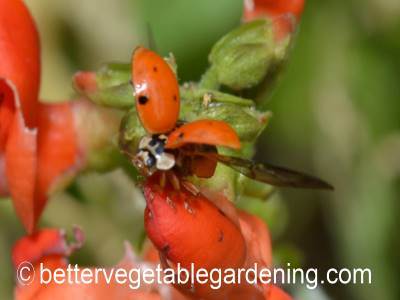 Flowers are an important part of any vegetable garden. Not only do they add appeal to the garden but also food for all the insects that pollinate many vegetable varieties.

They also help to sustain many adult beneficial insects that feed on their nectar and pollen before the insects they feed on become abundant.

So you see,  sometimes without you even knowing exactly whats going on in your garden, the forces of nature are at work,  and very often, working for you.