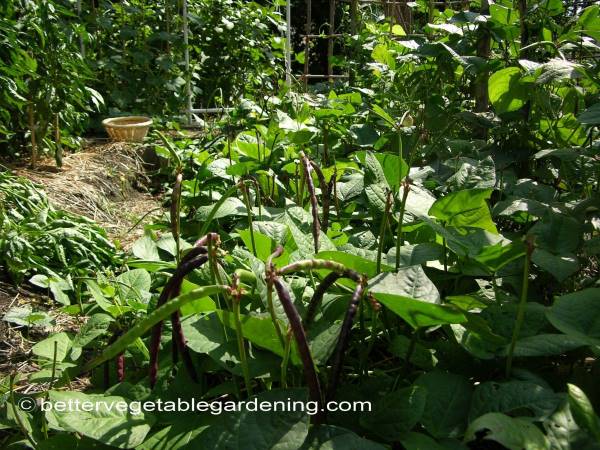 
The southern pea, which is not a true pea, but a bean, consists of many different varieties all of which are subspecies of the cow pea (Vigna unguiculata).

The most commonly known and grown are Black-eye, Pink Eye, Purple Hull, Cream and Crowder peas. 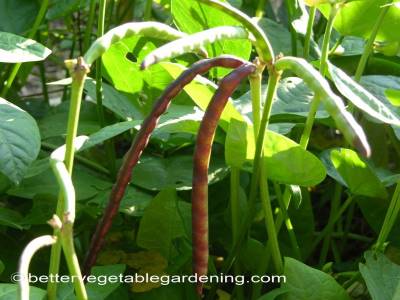 Purple hull peas are a big favorite in many gardens. 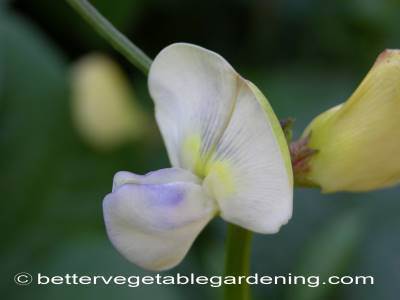 The small attractive flowers don't last long before they give way to the seed pod. 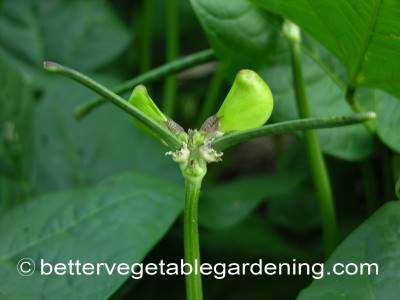 Most flowering heads produce 4 pods in total, 2 at a time.

Southern peas are a Warm season vegetable and should not be sown until at least 1-2 weeks after the last average 32 F (0 C) freeze in your area but not before soil temperature are consistently 60 F (16 C) or above. They are frost tender requiring at least 8-10 hours of direct sunlight daily.

Southern peas can be grown on a variety of soils but will grow best in soils that are not highly fertile with a pH between 5.5 and 6.5. Avoid using to much nitrogen as this will stimulate vine growth and prolong the formation and maturing of seed pods. 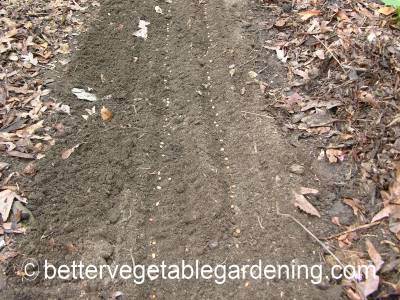 
Inoculation of seed with cow-pea bacteria can be beneficial.

The most important aspects of caring for southern peas are;

Sow seeds only - do not thin

All varieties are drought resistant but like any vegetable will produce a lot better if consistent water is maintained. The critical irrigation period is during blooming. 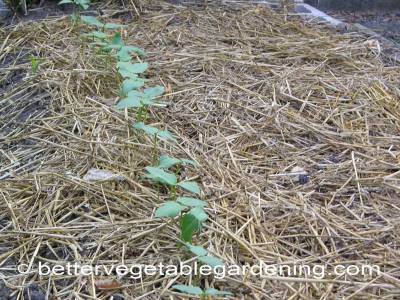 Mulch, mulch, mulch. Do it as soon as you sow your seed

Southern peas as mentioned, are actually a bean and therefore like all beans are nitrogen fixing plants. 2 weeks before sowing apply 2-3 quarts per 100 sq feet (2.2-3.3 liters per 9.3 square meters) of All-Purpose 5-5-5 Organic Fertilizer.

Side dress with same amount as initial application just after the main flowering and the pods are setting.

Bush varieties of southern peas don't need support. However with some semi bush varieties a low support system helps to keep plants upright and assists in harvesting. climbing varieties of cause will need vertical support. 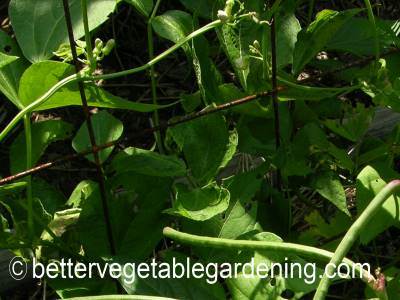 Even some of the bush varieties of southern peas tend to be more semi vine than bush. Using low support like this wire mesh helps to keep plant upright and off the ground.

Crop rotation is as important with beans as it is with other vegetables. This is mainly to reduce the incidence of garden pests and diseases carried over in the soil from the previous year’s crops.

Southern peas are a bean so treat them as such. 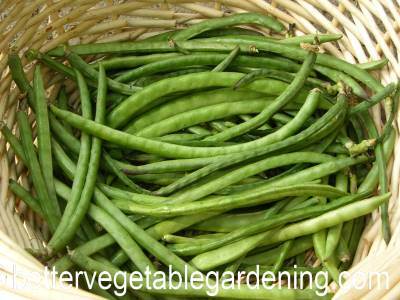 Depending on conditions, variety and at what stage you pick you southern peas will be ready to harvest within 50-80 days from sowing.

The three stages of harvesting southern peas are; 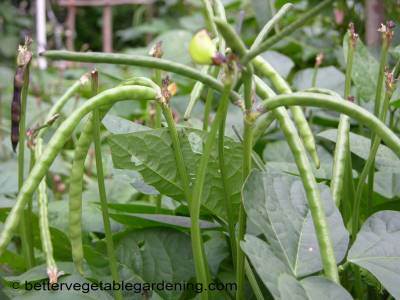 These southern pea pods are at the stage to be picked. Both seeds and pods are eaten in the green immature stage like snap beans. 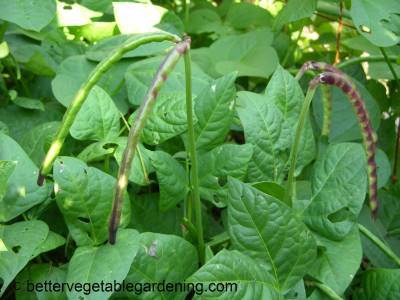 Growing southern peas to be picked for shelled green beans are best when the pods have half their final color. These purple hull peas are almost at the perfect stage. 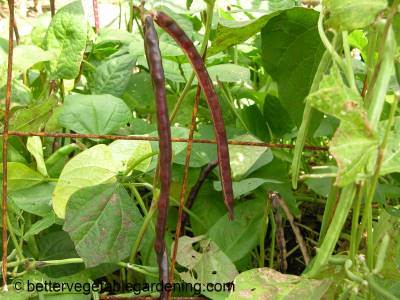 For dried southern peas, let the pods change to their full color and continue growing until dry on the plants.

Store southern peas for using as both green beans and green shell for short term in the crisper section of you refrigerator for several days. Peas cooled below 45 F (7 C) may show chilling injury.

Southern peas can be stored by canning, freezing, or as dry shelled beans.

How To Grow Potatoes